The critical edition of "Jardín", a lyrical novel by Dulce María Loynaz: a must-read work

Translated from the original in Spanish 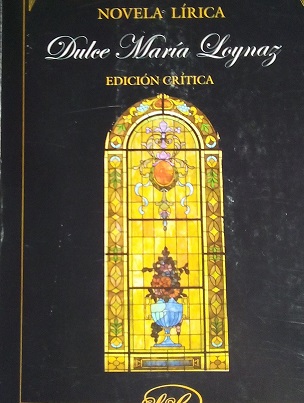 The critical edition of "Jardín", a lyrical novel by Dulce María Loynaz: a must-read work

Lyrical novel, "Jardín", critical edition by Dulce María Loynaz, was presented in the 2019 Book Fair. This work has already had several editions in Cuba; however, its return to the intelligent reader as a critical edition constitutes a literary milestone due to its great utility for writers, critics, university professors and students, particularly those of the Bachelor of Education, Spanish-literature specialization course, since they face, with its reading , to a serious scientific exercise on literature, not to mention that it is a text that the poet constantly remade, polishing and rounding off every edge or detail that, for her, would break the balance of the subject.

On the other hand, with this reissue we witness a rare phenomenon in Cuban letters: the process of critical editing, which as intellectual training has been considered the highest category of editorial work because it requires scientifically rigorous professional performance, a condition that leads to being placed in the class called "high complexity editions". This type of edition is very complicated, because the editor requires all the necessary information about the previous ones of the work to be reconstructed, as well as the books, materials and documents on which he can rely to carry out his task, without forgetting the criteria that have served as a basis for reworking the text as faithfully as possible to the original.

The intention of the critical edition is the rescue of the original text, lost or adulterated in a high degree; therefore, in said reconstruction, the editor has to resort to numerous philological skills to be able to conclude, with a concrete and categorical contribution on the absolute veracity of the text that may not only have literary value, but also historical or cultural value in general.

The so-called critical edition of a text supposes a meticulous work of verifications and examinations of informative searches, preceded by a prologue of the editor, in which the system (family tree) of the work must be designed, relate all the located and studied editions, make the history of the text and expose the principles followed during the work.

Today it is considered necessary to carry out critical editions of the great treasures of universal literature, not only as a way of bringing the text as close as possible to its original, but also to equip the reader and the student of the vast cultural universe that, in the edition criticism, enriches your reading. The dedication and seriousness in the conception and realization of what is called a critical edition of a text is one of the priorities of modern philology.

Due to the significance of this practice, the most important works of universal literature are being the subject of critical editions every day and more frequently, aimed at providing researchers and the community of readers with a truly reliable version of the original work. as well as the necessary guidelines for its scientific study.

In Cuba, much remains to be done in relation to the critical edition of the most important works of Cuban literature, although it is mandatory to point out that among those of the literary heritage, the following stand out: the one carried out by Cintio Vitier of the work Mirror of patience, by Silvestre de Balboa and Écue-Yamba-Ó!, by Alejo Carpentier, edited by Rafael Rodríguez Beltrán. In addition, there is the critical edition made by Esteban Rodríguez of the novel Cecilia Valdés, by Cirilo Villaverde, and the many that have been made with the work of José Martí, who is the most published author in Cuba under this category. In 2015 and with its subsequent reissue, the critical edition made by Zaida Capote Cruz, a researcher at the Institute of Literature and Linguistics, on the lyrical novel, "Jardín", by Dulce María Loynaz, was added to this important list.

These elements have been referred to the importance of critical editing, because in university education, the student and the teacher must be related to the reading of this type of scientific research that shows the process of gestation, development and completion of a work, whether literary, historical, scientific or of another genre and, because this critical edition of Loynatian work has sufficient merits to be read and studied rigorously because:

In the first place, one enjoys a masterpiece of Cuban culture and the Spanish language, it is unquestionable that, just as Juan Rulfo's novel "Pedro Páramo" was enough to jump to posterity as one of the great creators of the Latin American and universal literature, in the same way it would have been enough for Dulce María to immortalize herself with writing "Jardín".

Secondly, because, in addition to having the possibility of acquiring the novel, there is the meticulous investigation of the publisher, who was prolific in providing references that venture into the entire universal culture, and demonstrates that the novel is not an isolated creation of the rest of the author's work, but rather forms part of her extensive family tree.

With a magnificent prologue, as the first step in the algorithm to be followed by the critical editor, Zaida Capote investigates the origins of the criticism and evaluation of "Jardín" by important researchers, among which Roberto Friol stands out , who in his article "The third woman curiosa" reveals the influences that can be seen in Loynaz `s work from the Bible, Calderón, Hofmannsthal , Defoe, Henry James, Hafiz or Casal, with which the publisher presents one of the most important values contained in the Loynaz text: the essence of the best of universal and national literature.

With fine care, the critical editor offers the key to the novel, not only from an individual perspective, but from the multiple perspectives of the vast majority of researchers who, from the local and international levels, have paid attention to the text; Thus, through the comparison of the various editions made of the novel, it shows the variations produced in the work since its publishing beginnings. This purely descriptive and objective work is enriched with the critical annotations of the literary and paraliterary references that underlie it as a subtext, giving "Jardín" the imprint of represented time and real time.

Valuable footnotes accompany the creation process of Dulce María, who in her manuscripts elaborates, reworks, crosses out, incorporates aspects and fragments that, in her quest for perfection, escaped her at some point or simply were left over, depending on her look; for example, in Jardín, Dulce María writes in chapter IX, of the second part; page 169: "She could get out of bed at midnight, or eat in the morning. Or pick a flower at a quarter past six in the evening. Actually, everything was done at a quarter past six, and in reality, everything was the same". (Loynaz (2015), p. 169.) In her research on the work, researcher Zaida Capote informs the reader in Note No. 4 of the chapter where the selected fragment is found: "In one of the manuscript versions, instead of from this paragraph appears: "What significance did the hours have in your life?" From this point on, he changes the pencil for another with purple ink, pages later, he notes in the margin: "This that I have written here with ink pencil I imagined in a Roman garden and I write it now in the Fiscal Zone of the West. That's how my life is" (Loynaz, 2015, p. 169). With this dimension, the editor informs, based on Dulce María's own statement, about the writer's transhumance around different latitudes of the world.

Added value is also the unveiling of the intertextuality that Dulce María subtly uses in her novel. This is how it reads: "The dress fits the body with an unexpected precision of measurements" (Loynaz, 2015, p. 169.). The critical editor adds to this very brief fragment: "It is usual to adopt a foreign identity through the use of accessories or clothing (Patroclus wearing the armor of Achilles). Barbara, pale and without time ties, dresses in the costume of the dead woman and assumes her identity" (Loynaz, 2015, p. 169). (Footnote 5)

Intertextuality such as the one mentioned, is discovered by Capote Cruz throughout the entire novel. Find the essence of biblical passages, Eleusian mysteries , characters from mythologies and cultures, Greek, Hebrew, Egyptian, write down Quevedian references , Machiavelli, Christianity, Italian and Roman culture, fundamentally Matilde Serao ..., from there that pointing to intertextuality, the critical editor not only reaffirms the vast culture of Loynaz , but also puts in the hands of readers with great didacticism, that same cultural legacy and the plurality of meanings that reach in the work investigated.

On the other hand, the publisher does not stay on this rung; in his research he delves into other unpublished manuscripts related to the creation of "Jardín". With its analysis and dimensions, the prolonged gestation process and the painful birth of the novel are shown; the smallest detail of this tortuous path does not escape his study. The printing of the manuscripts shows the variations and erasures made by the author's own hand, her reworked wording, her drawings, her notes on Physics, Jurisprudence, Politics, History, description of chess and poker games, Hagiography... which later would transfer to the text of the novel, as well as some of his Poemas sin nombre, whose resonances are also perceived, in an act of textual introversion.

As another added value of the critical edition are the manuscripts of "Jardín" in which the author included, as Capote rightly points out, "pieces of poems, stories detached from their field and even annotations for future works" (Loynaz, 2015, p. 7), so reading the text of the critical edition makes the reader an accomplice of the author's intimacy, it is like secretly attending the visualization of Dulce María's past, always taken by her own hand.

Also, documents foreign to the text appear, such as those entitled Mr. Arnoldson , which seems "to be a translation or an outline for a narration; but also the note of a scene lived or observed" (Loynaz, 2015, s/n.) and Letter to Ofelia Rodríguez Acosta, feminist chronicler: In this letter, a Dulce María is discovered for the first time, who has come down from her ivory tower to attend to "a vulgar episode" (Loynaz, 2015), s/n.) as she herself declares in her letter, which makes her feel the cold of the small injustices of every day against which it is difficult to defend herself (Loynaz, 2015).

With the magnificent workmanship with which Editorial Letras Cubanas has accustomed readers, the critical edition is a delight for the spirit, an inexhaustible source of knowledge and a jewel of great value for Cuban culture.

The author declares that there are no conflicts of interest

The author participated in the drafting and analysis of the documents